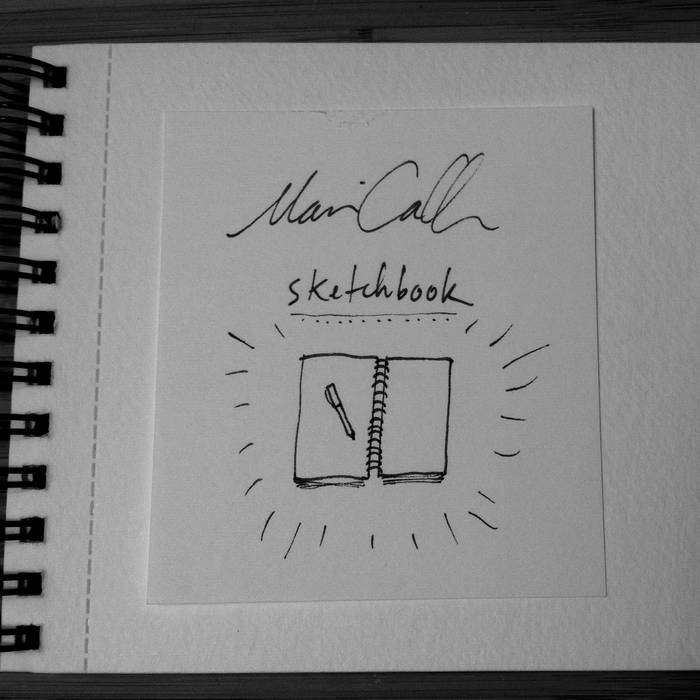 Jeffrey Lageson It feels like an artist on the road keeping a journal.

Wil Wheaton It's like having a Marian Call house concert in your pocket all the time! Favorite track: Time Traveler.

frodonl While this album may be, in Marian's words, "rough and raw, a little fuzzy around the edges", it also contains some of the deepest and most personal songs she ever released.
While all of Marian's music is dear to me, this album is something very special! Favorite track: Hope.

Thomas Ferguson Story of my life Favorite track: I Hope My Discipline Improves in Time.

This is a collection of new songs from Marian Call -- and it comes from the heart, from home, from the road. These are not fancy polished studio tracks, they are simple, clean, imperfect, transparent, all about the music and the words. 'Sketchbook' is very small and focused in scope, deep like diving.

The songs are about love, lightning, time, birds, and hope.

This album was recorded all across the country, mostly in homes, in the bedrooms of friends, neighbors, and house concert hosts -- people who probably never anticipated that they would be producing part of an album in the back room for a wandering musician.

Sometimes the art comes and seizes you and shakes you and demands to be let out. So you let it out. "Sketchbook" is a collection of little sketches from the road, pieces that would not wait any longer, pieces that have blessed me and left me raw from the honesty. I've ripped pages from my journal because I thought you needed to see them.

I hope you enjoy these songs, I hope the simplicity is refreshing, I hope one of them speaks to you sometime when you need it.

Remember -- you can make music and art anywhere, anytime. Just do it.

Thanks to Scott Barkan and Seth Boyer who recorded this with me in all different environs; thanks to Paul Pew, my father, who played piano with me on a broken keyboard, compelling me to write a piece in a key that would not use the middle D. Thanks to Ken Sease at Twisted Penguin Studios for engineering just a little of this project, and thanks to our multiple house hosts who allowed us to record in basements, bedrooms, occasionally closets. Thanks to Brian Taylor for mixing and mastering, BRT Productions, Los Angeles, CA.

"Elementary," "At the Races (That Clock)," "Paper and Pen," and "Time Traveler" are commissioned works -- many thanks to the fans who bought those songs, and for their inspiration to write on topics that might not have occurred to me naturally.